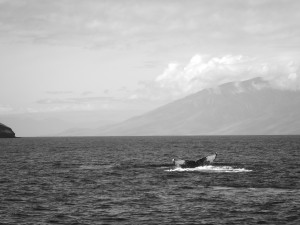 Additional Risks to Consider When Investing, and Clarifications on the Issues of Gold as an Investment…”

We define investing as putting money aside now in hopes to have more for later.  So, risk would be defined as the possibility of our purchasing power being less at that later date.  With that in mind, here are some things to consider…

There are essentially three categories of investments – currency-based assets, non-productive assets, and productive assets.  First, currency based assets are what people consider to be “safe” assets.  In reality, these are some of the most dagerous ones.  Some assets that would fall into this category would be money-market funds, bonds, and bank deposits.  Most of these assets pay a lower rate because of their level of “safety”, so after factoring in the “cost” of inflation, your future purchasing power is actually decreased, not increased.

The second type of investment is an investment in a non-productive asset.  This is an asset that the buyer purchases, knowing that it will never be productive, but expects that someone will pay a higher price for it at a later date.  Lately, the main investment in this class has been gold.  It is something that is of limited supply, doesn’t produce anything, and is purchased with the hope that the value of it will increase so it can be sold at a higher price at a later date.  If you buy one ounce of gold today and hold it until retirement, you will have one ounce of gold when you retire.  It will not have produced anything or paid any dividends along the way.  If you were to have invested $100 dollars in 1965 and let it sit, you would have $6,072 if it had been invested in the S&P 500 and $4,455 if it had been invested in gold.  And that is including the recent jump in gold prices to help bridge the gap in values.  Gold is not productive, and it gets beat out over time by the productive assets.

The final, and most beneficial, type of investment is one made in productive assets.  This could be farming, real estate, or business.  No matter what currency we will be using at a later date, these productive assets will still be valuable.  They will also be producing dividends and growing their business along the way.  Economy works, and the stock market has proven over the long term to be productive.  Over longer periods of time, it is not driven by fear or emotions.  Rather, it is driven by its propensity to produce.  This is what keeps economy moving forward.  It is also what offers a return capable of increasing purchasing power.  After all, this is what the term “investing” is all about.